The third, and final, destination for Miranda’s SE Asia trip was Baguio. I booked a cabin owned by the U.S. in Camp John Hay. We packed up the car with lots of food for three days and our bags, and headed out.

The first part of the drive we got stuck in some traffic due to a bike accident, then it was smooth sailing. NLEX, a new highway, was wonderful.  It was smooth and traffic free.  We opted to take the “adventurous” older road after NLEX since it claimed to be 30 minutes faster.

As we were ascending a hill, the car began to lose acceleration power.  Just before some construction, it turned off.  We could not get it back on and had no idea what to do.  We had limited cell signal, and opted to just try and call the embassy.  They worked to get in touch with a towing company in Baguio to bring us up, but could not get a hold of them at first.  After about an hour, the car turned back on.  There was a light on, when the car turned on.  We looked in the manual and it said we could drive slowly with the light on, so we did.  Very, very slowly.  Then we hit a hill again and the car began smoking.  I turned it off an we quickly exited the car.

We were able to get in touch with the mechanic/towing company, they got our location and sent a private car and tow truck.  We were in the middle of the road, but thankfully in a position where we could be seen from a distance.  I got out of the car and pushed it a bit further off the road, I guess it helps to be fit.  An hour and a half later, we were sweaty and tired, but the private car found us.  The car was taken to a trusted mechanic, and we were taken to the cabin.  I was extremely thankful for all the help we got from the embassy, they even stayed in touch with the mechanic for the duration of our trip to ensure we would be able to return to Manila.

It wasn’t even too bad not having a car in Baguio.  We arrived a large “cabin” (house) in the middle of the forest.  For the first time since I arrived in the Philippines, I was in a place that felt peaceful.  The windows were open and a breeze blew through the cabin all day, the porch looked out on a forest and well kept garden, and each morning it was quiet.

Garden Outside the Cabin

View From the Porch

We ventured out to Baguio to see the most well known parks and Mansion, but we found that our time was best spent at the compound.  There were hiking trails, gardens, a historic house, and plenty of time for relaxation.  I will be back, hopefully often. 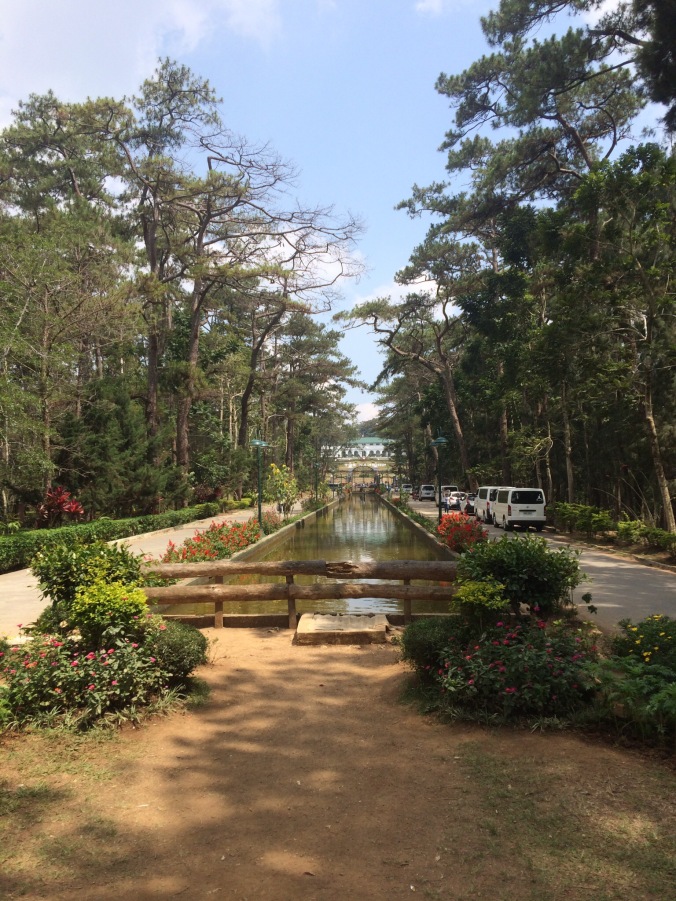 Wright Park in Baguio with the Mansion in the Background

The mechanic worked tirelessly on the car and got it fixed in just under three days.  He said  the radiator cap was not installed correctly, which caused the car to overheat.  Plus, he found a small crack in the radiator.  He was extremely helpful, they kept the parts to show the issues, and even called the check in on the drive home.  I have to say, it was the best experience I’ve ever had with a mechanic.